The Cresselia Quest, as the name implies, is the quest done in order to catch Cresselia.

To complete the quest, you will need the following:

Additionally, you will need

To begin the quest, speak to Professor Rowan in Eterna City. He will be near the Dialga statue. He will speak of the legend of Cresselia and Darkrai. Afterwards, he asks that the player visit Fullmoon Island. This can be done by speaking with Sailor Darlow in Canalave City.

Two Team Rocket Grunts will be surrounding Sailor Darlow. You will have to defeat both of them.

After defeating both of them and talking with Sailor Darlow, he will inform the player that Nezuko, his daughter, is in a nightmare. To get a full understanding of Nezuko's situation, the player needs to speak with Nezuko's mom, in Canalave House 3. Nezuko's mother explains that the way to help Nezuko is to find a Lunar Wing on Fullmoon Island.

Once the player has spoken with Nezuko's mom, speak with Sailor Darlow to access Fullmoon Island. At the core of the island, Cresselia will be waiting. Interacting with it will cause Darkrai to appear and kidnap it, leaving only a Lunar Wing behind. Take this back to Nezuko to wake her up.

Following the rescue of Nezuko, there will be a news broadcast saying there are four enraged Pokémon causing problems all across Sinnoh. They will all be level 100 and very strong.

An officer will inform the player that the Pokémon you just defeated left some Pokémon inside of nightmares. For this part, you will need a Pokémon with either Wake-Up Slap or Uproar.

After waking all the sleeping Pokémon, head back to Fullmoon Island. There you will encounter Giovanni and several Team Rocket members.

After defeating Giovanni, deep inside Fullmoon Island, you will need to fight a level 120 Darkrai.

Darkrai has been released from Team Rocket's mind control, but Cresselia is still asleep. Sailor Darlow knows of someone that may be of help, his name is Doctor House and he is in Mossdeep City Space Center.

To get the Moon Dust, you must travel to the Moon, this will cost 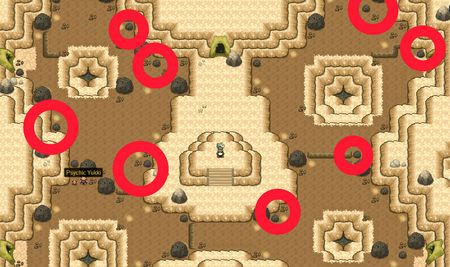 When all the ingredients have been collected, speak with Doctor House again. He will give you the Awakening Potion. Be warned, he will automatically take the

Before fighting it, it will ask you if you want to battle it. Take this time to grab a Synchronize Pokémon and a Master Ball, if need be. Once all your preparations are done, interact with Cresselia and catch it. Cresselia will be level 75.